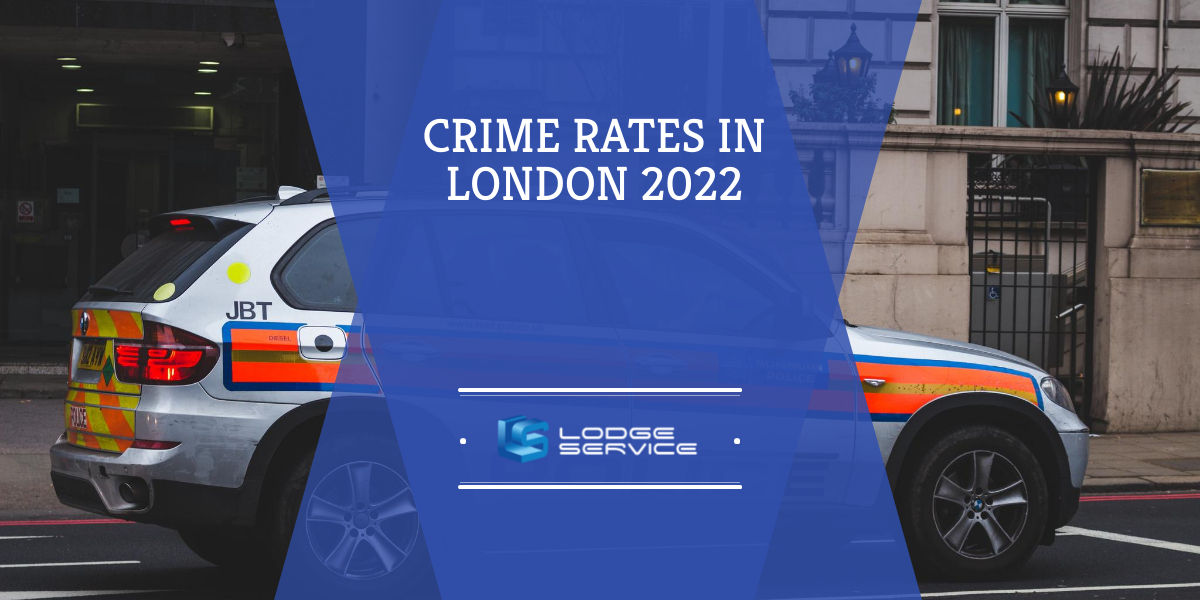 London’s crime rate varies considerably by borough. The City of London had the highest rate of crime in 2021, with 665 per 1,000 people, well above the figure of 87 per 1,000 residents recorded elsewhere.

This post discusses London crime statistics in detail, providing a rationale for firms operating in the city to invest more in their security arrangements.

Which Are The Most Dangerous Boroughs In London?

London is a vast city. Therefore, crime rates vary considerably between one area and another.

Here are the 10 most dangerous boroughs according to crime statistics collected by the Metropolitan Police. Please note that these crime rates refer to reported crimes. They do not reflect the actual crime rate in these areas.

The City of London is the world’s financial hub. The high rate of crime reported here comes from high rates of petty crime, such as pickpocketing, and corporate offences, such as money laundering.

Crime is high in Westminster due to the area’s tourist activity. The borough has the capital’s highest crime rates, outside of the City of London, due to its historic attractions and nightlife.

In terms of violent crime, Lambeth and Southwark are the most dangerous. Metropolitan police statistics record 11.2 gun and 42.3 knife offences per 100,000 population in Lambeth.

Which Are The Safest London Boroughs?

Businesses that are worried about crime can still operate in London. However, they should prioritise locating in the safest boroughs.

Here’s a list of the top ten safest London Boroughs:

Richmond upon Thames is the safest London Borough with a crime rate that is 57 percent below that of London as a whole. It is also the safest city in the UK, ranking as the 2658th most dangerous place out of all cities, towns and villages classified in the country. Most offences in Richmond relate to drugs (with the city recording 3,230 such offences in 2021). The least common offence related to possession of a firearm, with 43 offences recorded in 2021.

Harrow is the second safest place to locate in London with a crime rate 51 percent lower than the rest of London. The city recorded 4,886 violence and sexual offences in 2021, up slightly from 2020’s pandemic-related lows. Total crimes in Harrow have increased considerably since 2016, however.

Bexley is considered a safe haven for multicultural and LGBTQ communities. Around a third of the population is Jewish, with a tight-knit community, explaining the area’s surprisingly low crime rates.

There has also been a dramatic fall in robbery, including mugging. Per 100,000 rates stood at 4.4 in 2019 but fell to just 2.5 in 2021. There was also a significant decline in pickpocketing and vehicle crime. Other measures of crime, such as sexual offences, criminal damage and arson, and bicycle theft remained roughly the same.

Hence, from businesses’ perspective, crime levels have changed little from three or four years ago. Overall, the situation remains roughly the same.

Knowing the crime rates in your area makes it easier for your business to respond and adapt to the threats it faces. Locating in a dangerous area requires you to beef up your London security. Locating in a safer borough mitigates both short- and long-term risks.