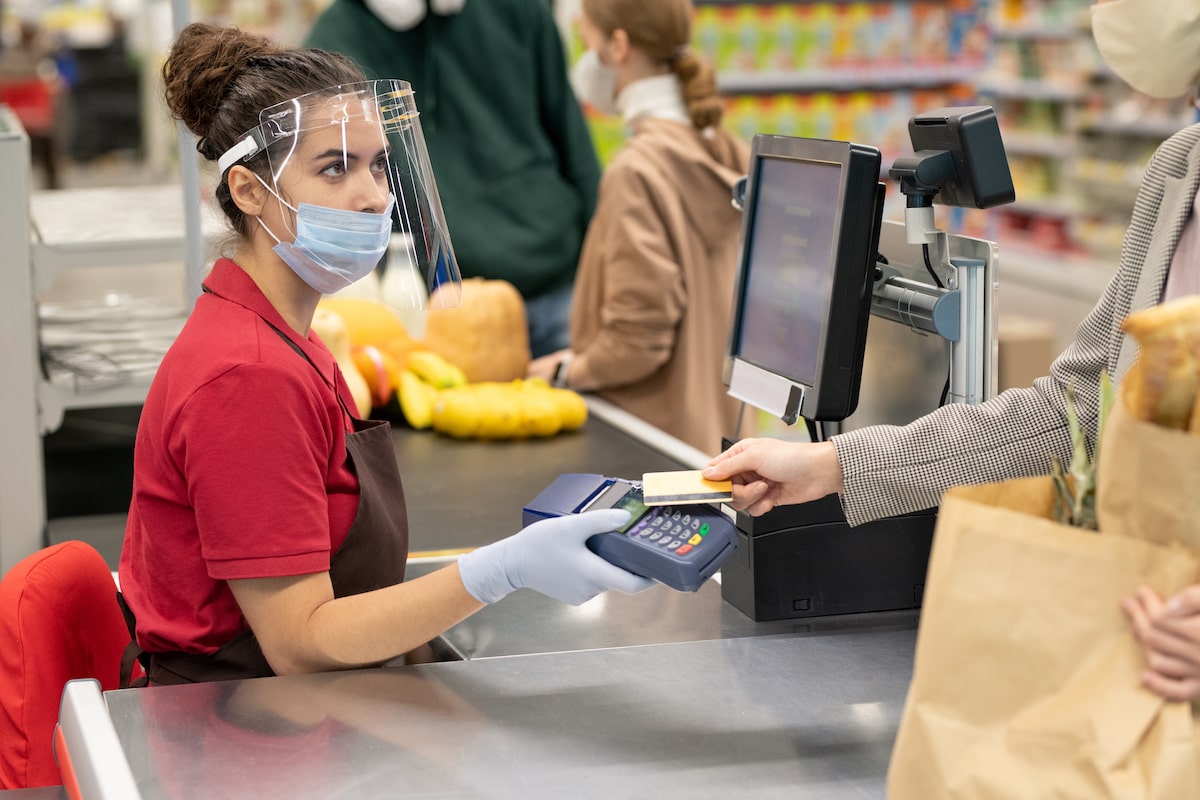 More than 65 CEOs have now written to the PM in February calling for greater protection for shopworkers in England & Wales. Verbal abuse and violence have risen in recent years but now a BRC survey says this has increased still further during the Covid-19 pandemic.

The letter calls for a change in the law to make assaulting shopworkers a separate offence, as is the case in Scotland – “to treat the issue with the seriousness it deserves and improve protection for our employees by creating a new statutory offence of assaulting, threatening or abusing a retail worker”.

This campaign calls for toughening of sentencing for anyone convicted of violent or abusive behaviour towards shop workers. This would deter future perpetrators and ensure that shopworkers are safer at work.

The initiative follows a recent survey carried out by the BRC. It was found that retailers classed as ‘essential’ and allowed to open during lockdown had all seen an increase in verbal abuse and other incidents. The survey also reported that some two-thirds of respondents had experienced a rise in the number of incidents of physical violence against staff during the lockdown.

All the retailers who reported a rise in verbal or violent attacks said that the enforcement of Covid restrictions was the key factor. One leading retailer reported 990 incidents of violence or abuse in the first week alone after face coverings became mandatory in shops. This included incidents of assault by coughing and spitting.

The BRC has for some time called for a new statutory offence for those who are violent or abusive against retail staff, as well as an improved police response.

The BRC’s Crime Survey conducted before the pandemic found that over 400 shopworkers were either abused or assaulted each day. Flashpoints have included requests for age verification and also confronting shoplifters.

There are a number of protective measures that retailers can take to ensure the safety of staff. Lodge Service is advising retailers in London, Manchester and Birmingham and throughout the UK on the need for specialist training to support shop workers and instore security teams.

It is essential that store managers and their staff should receive support and training to answer these and similar questions:-

How do I deal with a customer who is rude and abusive?

What do I do if I am threatened by a customer?

What protection is there for me if I am attacked and have to respond?

What systems are there instore to quickly get help if I am threatened?

How do I deal with a customer who may be stealing?

What systems does our store have to deal with shoplifters?

When should I contact the Police if an incident occurs?

Retail security companies such as Lodge Service offer emergency response support, to respond to any incident of intimidation or attacks on retail staff. The security consultancy can monitor each store in a supermarket chain or other retail group. This is managed from the security companies’ intelligence centre in London, which can then despatch mobile security patrols in the event of an incident, as well as alert the Police and other emergency services.

The retail covid security services include monitoring of CCTV and EAS as well as personal communication systems with store staff. Two-way audio enables fast verification of any incident, including shoplifting or assualt.

Where an incident occurs, Lodge Service can organise manned guarding services to visit the location and ensure protection for staff and customers. In the event of a smashed shop window or broken locks, the service can also include static guards to protect the location. There is also protection for building and construction sites and to secure warehouses and transport links, in addition to retail security, with 24 7 security by licensed security guards.

Lodge offers a range of services to protect against Organised Retail Crime, with CCTV analytics and EAS systems, as well as covert camera monitoring and vehicle tracking. There is additional assistance with Lone Worker support and tracking for 24/7 protection.

Customer abuse of retail shopworkers is worse during the Covid-19 pandemic than at any time previously, with some employees being physically assaulted, it is confirmed in a recent report by USDAW, the Union of Shop, Distributive and Allied Workers.

Three out of four retail workers surveyed by the union said abuse had increased during the pandemic.

Virtually all respondents said that they had received verbal abuse, more than half had been threatened and one in ten had been attacked directly.

“Yet another USDAW survey shows that some people have responded to this appalling pandemic by abusing shopworkers,” USDAW general secretary Paddy Lillis said.

“Action to protect shopworkers is needed and that is why we have launched a petition, which now has over 70,000 signatures.

“We were deeply disappointed by the government’s response to the petition, offering little more than sympathy, so we continue to campaign for the 100,000 signatures needed to trigger a parliamentary debate.

“This is a hugely important issue for our members. Shopworkers are saying loud and clear that enough is enough, abuse should never be just a part of the job.

“Retail staff have a crucial role in our communities and that role must be valued and respected, they deserve the protection of the law.”