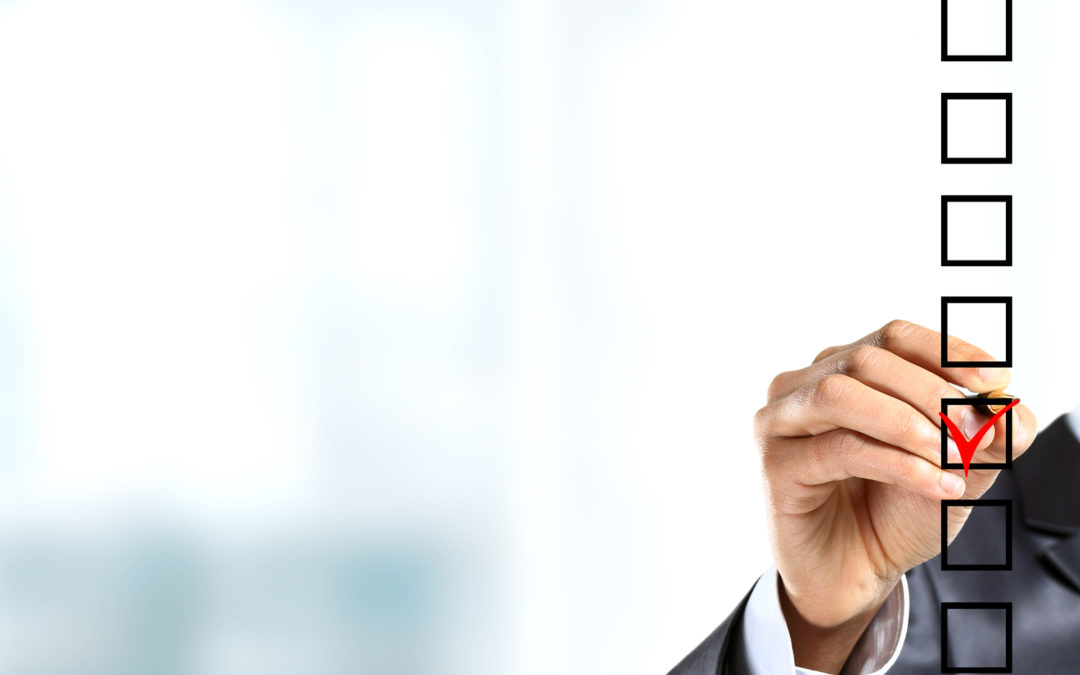 The South African economy seems to have the resilience to weather the global slow-down affected by rising food and fuel prices. However, there are significant weaknesses that continue to hinder economic growth, including unemployment, HIV/Aids, and crime. Rates of unemployment are very high, currently reaching levels above 20 percent. In addition, South Africa has the largest recorded HIV epidemic in the world with 5.7 million people living with the disease. On top of this, South Africa holds the unenviable title of having one of the highest murder rates in the world, with violent crime continuing to be a major problem to all communities.

Although overall levels of crime have gradually decreased, the blight of crime still remains a real challenge. Of the over two million crimes reported across the country to the police in the years 2007–2008, 52 percent were theft related to commercial and property crime. The official statistics also showed an increase in burglaries of businesses of 8 percent and an increase in shoplifting by 2 percent.

It is now fifteen years into democracy for South Africa and more than twenty years after the end of apartheid and due to favorable economic conditions and Black Economic Empowerment (BEE), the black middle class has continued to grow at an estimated 30 percent per annum. The difference in buying power between the white population and the black middle class has reduced by 50 percent, and this growth has positively affected the development of the retailing industry in South Africa.

The Effect on Shrinkage

Within the retail sector, shrinkage is a major issue with internal theft considered one of the biggest problems facing retailers in South Africa. Dealing with this particular problem is not easy, and it is often argued that a legislative straightjacket makes it very difficult for retailers to gain convictions for errant staff. It usually is easier to simply sack them than take them through the legal process.

Of course, not all staff are dishonest, but those who choose to steal often keep the honest staff hostage to their dirty deeds, citing the inequalities of the past by justifying their acts of theft as a redistribution of wealth. This attitude rationalizes that taking money away from businesses is not considered theft, but part of the ongoing “struggle.” As a result of this, retail systems and processes along the supply chain have been developed that are considered to be relatively robust, with many controls in place to try to reduce the opportunities for theft. However, this requires good systems of management and adherence to store policies, which is an ongoing challenge to South African retailers. In 2003 a large general merchandise retailer approached Procter & Gamble to discuss the high loss levels they were experiencing on blades and razors in a particular region of the country.

It was agreed that a collaborative approach was needed to identify root causes and develop a solution that would not only improve the processes operating within the supply chain and the store, but also reduce shrinkage and increase on-shelf availability. Up until this point, the reaction to stock loss at store level had been to merchandise defensively those shrinkage-sensitive products identified after the stock take results had been analysed. This usually meant taking those hot products off open sale and placing them either behind the cigarette or service counter, or keeping them in anti-theft display fixtures at the checkout. With the razor blade range of products, this not only splits the category by putting blades in one place, shaving accessories in another, but also often frustrates the shopper as there is inevitably a delay in obtaining these goods, such as second queuing at the service desk.

It was considered essential to find a solution that not only reduced the levels of shrinkage on high-risk products, but also improved the supply-chain process from receiving to shelf to ensure that products were always available for sale. From a manufacturer’s point of view, a solution was required to improve product availability, reduce out of stocks (OOS), improve category value, and improve shopper satisfaction

at the first moment of truth (FMOT)—the shelf. A winning approach was needed to meet expectations from both the retailers’ and manufacturers’ points of view, but ultimately working from the shelf backwards to ensure that the shoppers’ needs were met.

This was not just about Procter & Gamble or the retailer, it was about developing a best practice for all hot-product manufacturers and finding a solution that could be applied in all retail operations. The benefits are mutual, the goals are the same, and there was no reason why barriers could not be removed to tackle a problem that seemed to transcend company boundaries. Collaboration was not only required between the retailer and the manufacturer, but also between Procter & Gamble and other manufacturers. This solution also had to give the store managers the confidence to move hot products away from defensive

merchandising and place them back on open sale. It was quickly agreed that strong controls were required to secure the handling of hot products at the receiving area, to ensure these products were kept separate and were well secured in the storeroom. Shelves had to be replenished without using outside contractors or staff members—fewer hands, less shrink. It was also agreed that the project should be highly focused on only those products that were suffering from the highest levels of loss and the stores with the highest rates of shrinkage; the simple and pragmatic 80/20 principle (20 percent of products

cause 80 percent of shrink) was used. It was finally decided to focus upon 54 super hot products and fourteen high shrinkage stores within the retailer’s estate. Through the auspices of Economic Consumer Response (ECR) South Africa, a shrinkage committee was set up to discuss and develop this project with other manufacturers and the retailer. After much discussion it was decided to put a “store champion” in each of the hot stores who would have complete responsibility for overseeing the handling of all the hot products included in the trial. The store champion would become a product guardian whose sole responsibility was to reduce the opportunities for both malicious (theft) and non-malicious (administrative errors) shrinkage to occur from the moment goods arrived at the store until a customer selected it for purchase at the shelf. It was agreed that the cost of this hot product controller (HPC) would be shared between the participating manufacturers and the retailer.

The role of the HPC was to focus on five key areas:

strict compliance to systems and strong controls. The aim was to reduce the opportunities for suppliers to short deliver goods, prevent collusion between truck drivers and receiving staff, and ensure that all goods were correctly captured according to the delivery invoice. The hot product controller’s primary responsibility at this stage was to double check all hot product deliveries with the receiving clerk including:

The receiving area is a high-traffic area and there are ample opportunities for theft and damages to occur as staff and delivery personnel move throughout the area. To ensure that stock was not left unattended, the HPC had to ensure immediate transfer of all hot products to a secure storage facility as soon as the receiving clerk and the controller had verified the goods arriving. There was to be no unavoidable delay.

Secure Storage. A secure storage facility will ensure that unauthorised access to hot products is severely limited, which significantly reduces the number of opportunities for theft during and after store opening hours. A padlock and key is for honest people, and a determined thief will often find a way to gain access. The HPC had to ensure that his cage was secured and that the keys could not be duplicated. This process meant that there was only one key holder to this locker facility, one person responsible, and therefore one person accountable.

Daily stock counts at both the floor display and secure locker allowed the HPC to measure and adapt on a daily basis and not wait the usual six months or more between stock-takes before they had actionable data. Opening and closing counts with daily sales ensured that the HPC could identify theft after hours, shoplifting activity, short deliveries, or theft from the secure locker. This regime of rigorous counting also had a knock-on effect upon attitudes amongst other store staff, with increased awareness noticeable throughout the store…significantly raising the risk of being caught…and so deterring both internal and

The HPCs were required to fill shelves at the same rate as sales—reducing stock quantities during slow trading days (Mondays and Tuesdays), increasing quantities slightly mid-week, and fully stocking the shelves over the busy weekend period. Replenishing shelves on a little but often basis can certainly help to discourage professional thieves as their overall haul of stolen goods is limited, but at the same time it does not frustrate honest shoppers who still have access to goods.

The HPC function was outsourced to an international security company who ensured that all stores would have full coverage from Monday to Sunday; a 48-hour week with relief controllers deployed to cover gaps in store hours. Each HPC was provided with a detailed training programme to ensure they were fully prepared for the position they were to occupy in the stores. The project ran for a six-month trial period from August 2003 until February 2004. While participation was voluntary on the part of manufacturers, the benefits from a manufacturer’s perspective were potentially substantial—tackling the problem of out of stocks and keeping products on open sale.

The results of the trial were extremely good indeed, giving a return on investment of 132 percent. As can be seen in the table opposite, shrinkage reduced on all hot product categories by 61 percent and sales improved by 37 percent. The categories of sugar and blades and razors achieved the greatest reductions in shrinkage—94 percent and 79 percent respectively. Between August 2003 and February 2007, the cost of shrinkage on Procter & Gamble products in these stores dropped from $83,000 to $2,500, equating to a staggering 97 percent reduction.

As a result of this project, the retailer extended the use of HPCs to other regions and in particular tried out the concept in one of their larger hypermarkets, but this time only working on Procter & Gamble hot products. The impact was again dramatic and highly cost effective. After six months the cost of shrinkage was reduced from $23,000 to $1,500, a 94 percent reduction. Although no changes were made to the display location of Procter & Gamble products, a sales uplift of 44 percent was recorded over this period. As a result of this trial, the retailer, perhaps not surprisingly, has now placed HPCs in all of their hypermarkets throughout the country.