Lodge Service is a Manchester security company with more than 100 years of expertise.

Lodge Service is one of the best known and well-respected security companies in the United Kingdom. Corporate, transport, warehouse, and Construction site security are some of the key security services provided.

If you’re looking for a security company Manchester, we can help.

Lodge Service provide a variety of security services in Manchester to fit your needs and budget. We have the ideal solution for you, whether it’s security guards, concierge service, CCTV monitoring, or remote surveillance.

Our team is fully trained and vetted with years of experience in the industry – so you know that when it comes to protecting your home or business, they are up to the task. And our prices are competitive too!

Get In Touch
As one of the leading Manchester Security Companies, our in-depth, flexible security solutions are ideally suited to clients across the city hubs in Manchester

Our Security services for the Manchester retail, corporate, transport and warehouse market include:

Cutting the Cost of Protection for your Business in Manchester

As a leading Manchester security company, we protect shops and shopping centres with security guards, instore CCTV, EAS and other retail security systems and store detectives to stop shop crime.

Our Covid security services include management and protection for queues and visitors to shops, shopping centres, restaurants, supermarkets, offices and other public and private spaces.

The range of security and property management services delivered in Manchester and nationwide include:

Lodge Service offers wireless connectivity for your onsite CCTV, alarm and security systems to our advanced Intelligence Centre. You get 24-7 central monitoring, control and planning, to protect your staff, visitors and assets through a secure internet connection.

Whether you have a security system that you want to have monitored 24/7, or you want to install CCTV, intruder alarms, EAS or other systems, Lodge Service can help. We will ensure a prompt, clean installation to meet your budget needs.

It starts with a professional site inspection and analysis to identify with you areas of potential risk for the organisation. Whether this is from threats to staff, internal fraud, theft and break-ins, criminal damage or other causes. The service includes perimeter protection, safe car parks and premises design and layout.

How can I protect my Manchester retail store from crime?

How can I protect my Manchester retail store from crime?

How can I protect our Manchester store staff from violent attacks?

How many CCTV cameras do I need at my Manchester business?

Do I need an alarm system in Manchester business?

Is Manchester a high-risk city for burglary and other crimes?

Yes, Manchester does have high levels of crime and criminality, although this does seem to be confined to specific areas within the city. There is a risk of burglary and other forms of theft, as well as criminal damage and physical assault. To ensure that you and your staff are protected we would advise a security survey to establish the risks and specific points of vulnerability.

Can CCTV and alarm systems reduce insurance costs in Manchester?

How can I get 24-7 security system monitoring in Manchester?

Lodge Service provides 24/7 security system monitoring from its intelligence centre & security control room. At the centre, the security team can monitor CCTV and your alarm system. In the event of an alarm, the team will contact the premises owner or manager, and the police as necessary. Professional monitoring can help to minimise false alarms and ensure a fast response to an incident.

Are Lodge Service alarms connected to the Manchester Police?

Does the Intelligence Centre call 999 for a response?

No, the intelligence Centre has a direct link to the local police force control room. Lodge Service will quote the alarm type and a unique reference number, which matches a record of your property details on the police command and control system. This is a particular benefit of a Lodge Service installed security system, which is not available for example from a security app-controlled system.

A range of key holding services, to visit your premises at any time in the event of a security incident. As one of the leading security companies in Manchester, Lodge Service can despatch mobile security patrols for 24/7 alarm response, and also provide comprehensive manned guarding services.

If you require further information about our security services or further advice on your security requirements. Please contact our team today. 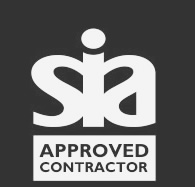 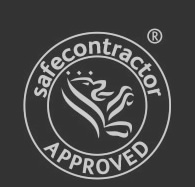 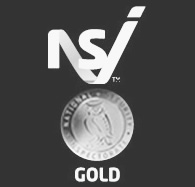 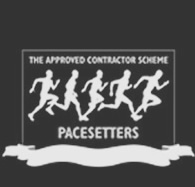