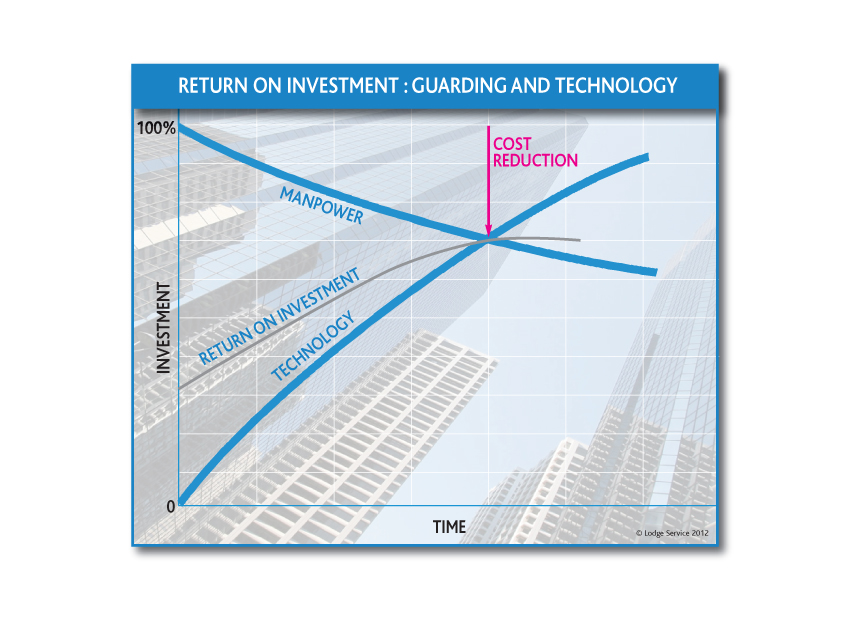 Rising inflation and the prospect of an increase in the minimum wage this Spring are forcing security providers and users to look again at the cost of their security provision. Current levels of security staffing are proving unsustainable for many organisations. This has resulted in a continuing downward spiral of budget cuts and compromised security protection.

In April 2018 the minimum wage will go up from £7.50 to £7.83. The employers’ minimum contribution to the cost of employee pensions auto-enrolment will increase from 1 percent to 2 percent of salary.

For users of security staff it represents a significant cost increase. This is particularly so for hard-pressed retailers; the larger groups often have to pay for many thousands of hours of staffing each year.

This latest blow for employers comes on top of a rise in UK inflation to over 3%. This is the highest level in six years, exceeding the Bank of England’s target rate of 2%.

All this is occuring at a time of rising crime, up by 13% in the 12 months to June 2017 in England and Wales, ONS statistics say. Cutbacks by Police Forces impact directly on levels of criminal investigations and arrests. It is reported that some forces are no longer investigating the theft by shoplifters of items worth less than £200.

A solution some security users are discovering is to move to a new ‘blended’ strategy. This is one that combines guarding services with internet-based intelligent data and control technologies. It can deliver lower costs, reduced crime and a higher return on security investment.

The strategy requires the integration and networking of separate services and systems into a single, seamless delivery route through a central intelligence centre. Remote monitoring and intelligence data gathering technology is combined with security personnel services to deploy guarding, investigations and staff screening resources exactly where they will have most impact on a ‘resource to risk’ model.

There are further cost and management benefits from centralised monitoring over an IP connection of multiple sites in a store or office group. These can include control of HVAC (Heating, Ventilation, Air Conditioning), merchandising and other systems. Alerts can be routed through the intelligence centre to a store or a business manager’s smartphone, tablet or other device, with digital dashboards and delivery of management reports on KPIs (Key Performance Indicators).

So what results can you expect from a blended solution, and how does it work in practice?

The initial brief for the project was to counter the impact of ORC (Organised Retail Crime) on the profits of the retailer. Close to 80% of all retail losses from crime result from ORC; the retail sector is at risk from some 140 criminal gangs operating nationally, according to analysis by Lodge Service.

The retailer contracted Lodge Service initially to deploy store detectives from its team of security staff to counter shoplifting. It became evident from arrests made and further investigation that a large proportion of incidents of theft and fraud were related; criminals were operating in groups, sharing information including ways to avoid detection.

ORC is a national phenomena, affecting probably all town centre multiples. Many retailers are still unaware of the scale of the problem; often seemingly small, isolated criminal acts are in fact related.

‘Conventional’ security methods are ineffective in many instances in countering the threat: gangs are professionalised and often able to avoid detection by CCTV, EAS and other systems – or they simply ignore them, knowing there is little chance of being arrested.

Lodge Service, at its Lodgic Intelligence Centre, analysed transactions and stored security data through the use of data mining of EPoS, online transactions and other store systems. This successfully identified the primary sources of loss and the relationships between apparently isolated incidents.

The goal was to find patterns of criminal activity that would then enable the investigative team to attribute recurring losses to known individuals and gangs, who could be identified from instore CCTV recordings. Perpetrators could then be stopped in-store by Lodge Service store detectives and arrested by the Police, supported by the evidence collected by the security team.

A problem for retailers in stopping ORC is that gangs quickly move on to new towns, using different personal information once the risk of detection increases – but still operating in the same way. So to counter this, Lodge Service made use of national and regional crime reports and other data to identify the gangs and associated patterns of criminal behaviour.

Lodge Service was able to track a gang’s activity around the UK and in many instances assess the likelihood of where they might strike next.

Key to the success of the strategy was the close working of Lodge Service’s data analysis and store detective team with the retailer’s security and operational personnel, in each store and nationally, including its Risk, Total Loss, Loss Prevention and Profit Protection managers.

The strategy worked highly successfully in loss prevention and has produced significant savings in resources and the streamlining of security processes.

The benefits of the blended solutions strategy can be summarised as follows:-

Visit the Website for details of a free demonstration and confidential Insight session at your premises.